Bradley Hughes and Steve Elkington discuss the importance of feeling like you are pointing the club at the target at the top of the swing. Whether you are or not is not what's important, but rather it gives the player a reference point. 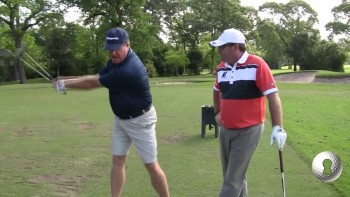 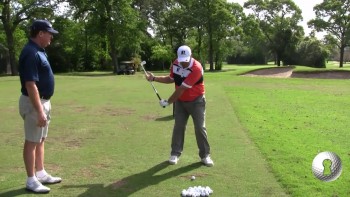 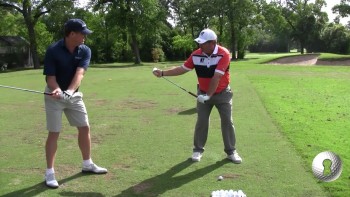 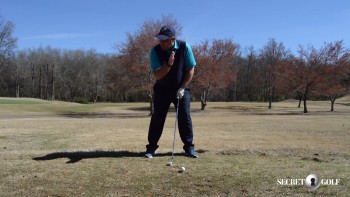 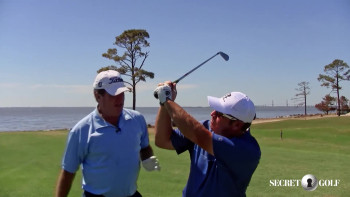 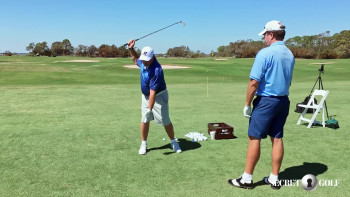 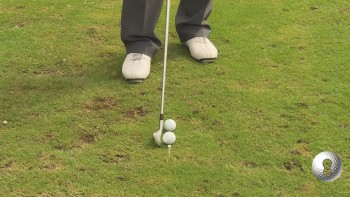 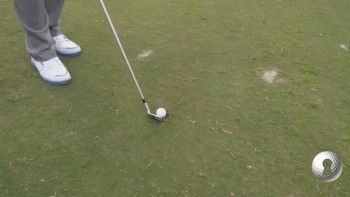 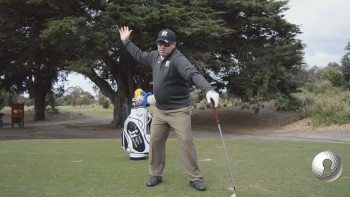 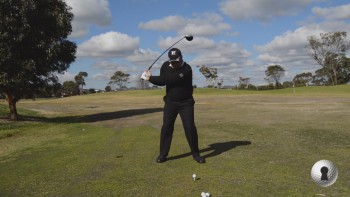 Should people start to think of themselves more like we do, which is that you are creating this energy with this club, and not just out here just having a walk around. You're here to make energy.

And I'm trying to make-- what's Ernie Els's nickname? The Big Easy. He does it easy, but he's not putting any effort into trying to make that clubhead move. He's using all that energy to do it.

And we also got to understand, as far as that backswing, if we want to try and get it in a good spot-- and it doesn't necessarily need to point perfectly. You've had some people lay it off. Some go across the line. We don't need to get too involved in that. There is this ingredient that's going to work best for us, but we need to find it. We don't need to be textbook.

If you're beginning, or you're thinking about-- I always think of it as to point it where I'm going, and whatever that shows up.

Exactly. Then you learn from what that does.

So that way, I can slot it. I think I'm pointing where I'm going.

Yep, I like that. That's really good. Golf's still a target sport. And the hard thing about golf is we're looking there, we're aimed there, but our target's that way. So I think that's a really good thought to go. Point that somewhere near where I want to go.

Yeah, where I want to go.

Yeah. That's a really good thought, because our eyes play tricks on us, because we're not looking anywhere near where we're trying to hit the ball there.

Exactly. And I say that to people. Our eyes are very visual. So if I just picked up a ball, and I'll pick out a ball out there without really-- pick up, look, and throw. You can say I'm in near that ball. I'm not going to trow it 25 yards off line, or even too far off in distance.

My eyes are a really key ingredient to golf. So I need to use them. When I'm setting up, I'm using my eyes to get set up as well. I'm trying to feel like you just felt where the target was with the clubhead I'm trying to feel where the target is with my visual. And I'm trusting my instincts to set what my eyes tell me. And then I can do that much easier. I can point at where I want to do.

If I'm just setting up like this, chin down, looking, and I'm aimed 30 yards right, how am I going to point the club where I want the ball to go?