Bradley Hughes demonstrates the need to think "acceleration" in the follow through for a cleaner contact with the ball. 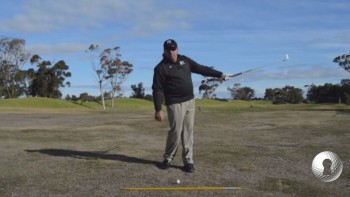 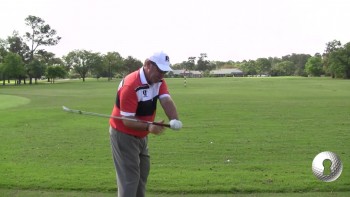 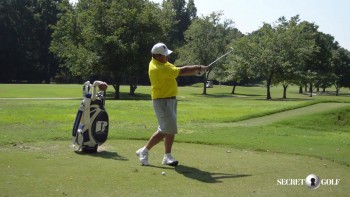 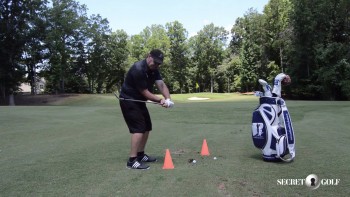 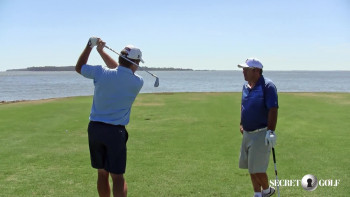 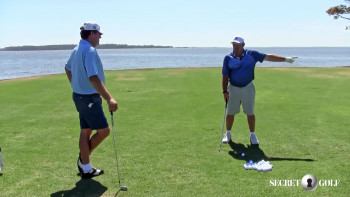 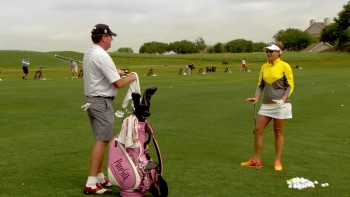 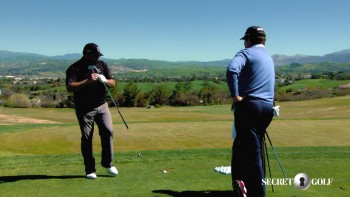 Let's talk about where the speed of the swing should really happen. All right. So what we're going to do now is I've got a gee in the ground here and two balls lined up. I'm going to show you where the real acceleration of the swing happens.

So [? your ?] [? poor ?] golfer, they tend to want to swing really hard back here. And when that happens, more often than not, they're going to hit the ground behind the ball. And then if they compensate for that they'll move up and hit their thin shot. So they get fat and thin from the same thing.

So I have a tee in the ground here. I've got two balls lined up. And what we're going to do is watch where my club hits the ground.

The first one my intention is I'm going to hit that ball hard. And you watch what happens.

And as you can see, by doing that the club gets released early and I hit the ground well before the ball. So what I'm going to do with this ball is going to feel acceleration, not velocity. So I'm going to feel the speed of my swing is its fastest from here up to the finish and not sooner than that.

So the divot being fat or the divot being a ball's first strike all had to do with the speed of my swing and when I was doing it. And for most people, it's got to be later than sooner.