Chris Stroud discusses how he hits the often difficult fairway bunker shot. He starts with a proper setup, gripping the club down the same amount he digs his feet into the ground (Part 1). 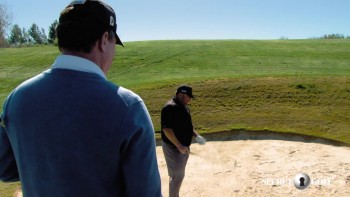 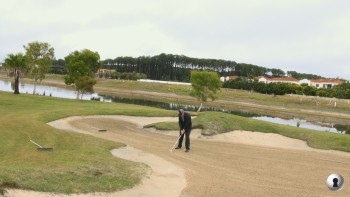 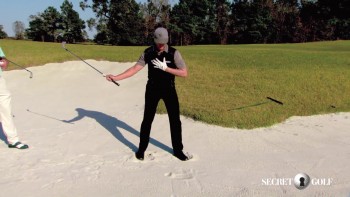 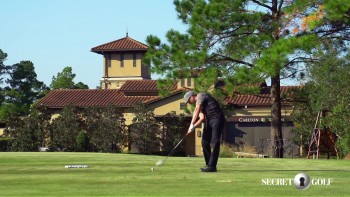 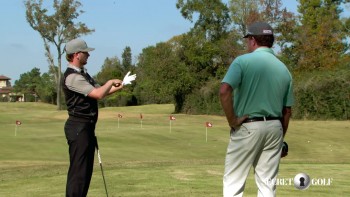 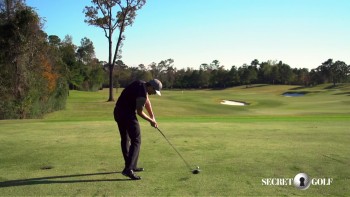 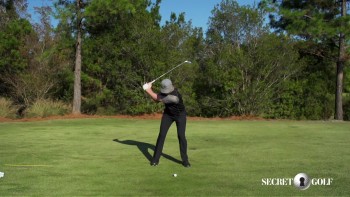 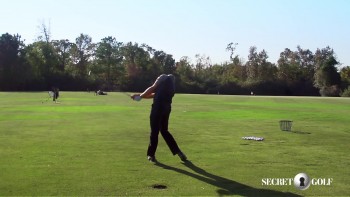 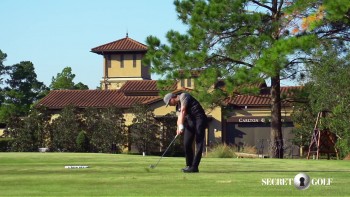 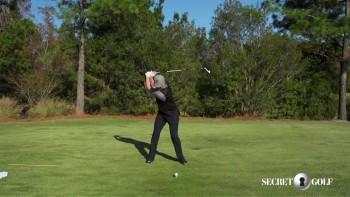 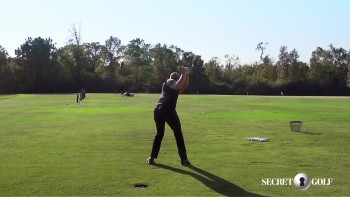 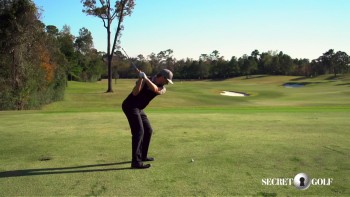 OK Chris, we are in a fairway bunker-- creates a lot of stress for a lot of people. Sometimes for us too, but we've put you in the most stressful bunker shot we could play today. We're in a fairway bunker. We have 178 yards as you can see over the water, over another bunker, to a very small part of the green. I suppose that's not all relevant because we've got to do something good here, right?

That's right. You're right. Everybody struggles with this shot no matter how good you are. This is not a stress-free shot at all. Everything is in play here.

Again, I always try to simplify things. I've got about 180 yards, a touch down wind. Normally, that's a 7 iron for me. But since I'm in the bunker, I'm not going to take a massive swing. I'm trying to hit solid contact, a little bit more club. I'm going to grip down and I'll tell you why in just a little bit.

So when I get in there, my setup is pretty much the same as it would be in the fairway if I have a level lie-- that's a big part of it. It's a level lie here, so I'm going to do a little bit left of the pin just because I'm a little down slope.

Yeah, 1 to 1. So now I'm gripped down. So I have a 6 iron, but it's really about a 7 iron length. Seven so now it's going to come out a little lower because I have a little less loft. But it's about a 7 iron.

And then from there, everything is pretty much the same for me except I'm really going to focus on one thing more than any other shot. I'm going to make sure I keep my levels really level to the ground. And if I--

Now, what do you mean? You're talking about your swing? Or your head? Or?

My levels. For me, it'd be like my chin up or my head just level to the ground. For me, my tendency is to get a little bit down on the way back, and then I have to jump out of it. Or vise versa-- I'm good, then I go down after it. And again, I'm not in a very good position.

So for me, my tendency is I go down. So I need to make I just maintain my height, stay in my spine angle, and let the club do the work.