Jason Dufner discusses how he went from playing his regular irons to custom grinds made by Donnie White, a very famous club grinder. He discusses the shot pattern that changed as a result of the switch (Part 3). 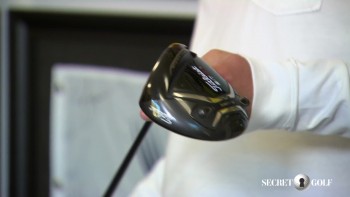 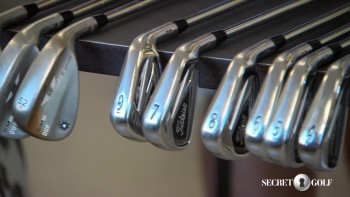 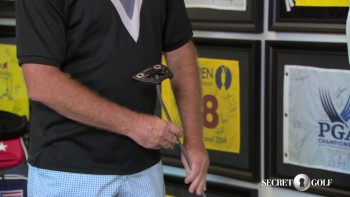 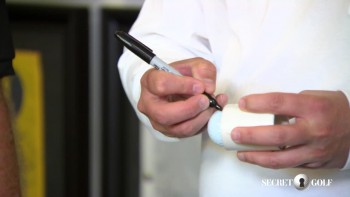 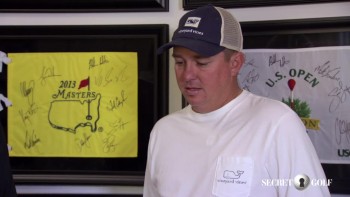 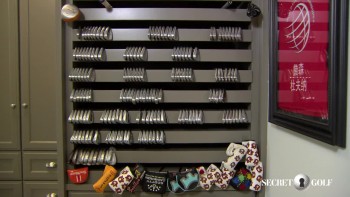 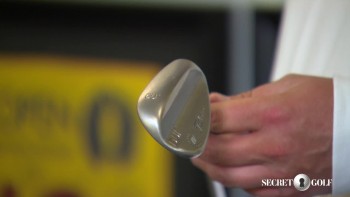 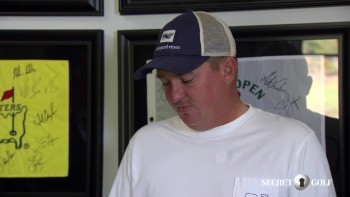 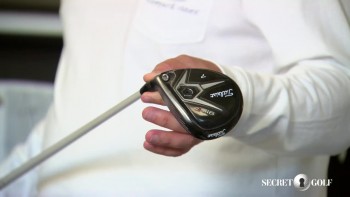 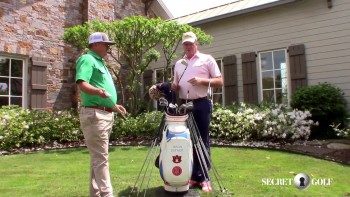 Is it true that the takeaway for you was that you needed a progressive set of bounces?

Yeah. I mean, I think you need that. The less loft you have, the less bounce you generally need, the more you're going pick it a little bit shallower. As I got down into my shorter irons, especially, I leaned the shaft a lot. So I've got to be real careful on how I'm catching that leaning edge, where I'm catching it, and then when it's popping out with the bounce.

And you can see it in the divots. We'll probably show it a little bit later today. So I got some sets coming. I've got my 716s that I'm using.

What happened when you went and hit this on the track? Did it pull the skin back down?

So you knocked off 1,500 spin rate per club, just on a custom fitting?

Somewhere between 750 and 1,000. But that also happened when I went back to my 716s. And if you look at these, I got some grind on here, too, where they worked with the leaning edge. They softened it up. They've taken off on the heel. You know, all these little things that can help us out.

This is going to mess up a lot of amateurs because they're going to say, how do I get that, right?

A lot of these new clubs are being built now overseas. And they ship them over ready to go.

Yeah. They're pretty ready to go. So the Titleist has a little bit of wiggle room, but not near as much as what Don--

Is this the way to go? I mean, he made me a set years ago.

I don't know yet. I haven't gotten the finished product yet. I'm pretty happy with these 716s, but I'm also interested to see how these turn out.

But at the very least, you learned something about your--

Yeah, that was the best thing about it, is I learned something more about the game of golf that I never really considered, that kind of can come into play. I mean, Chuck, I've been talking about the face flashing over for two or three years now. And come to find out, just having that heel in the right place and maybe going a little bit flatter with the lie angle cleaned up pretty quick.

So you're always learning.

And you also made a visit to the Hogan factory.

Yeah, Hogan company's coming back out. They're doing all e-commerce, all online. Super popular company, obviously, near and dear to my heart because he's someone that I've always followed and looked up to playing. So I got my hands on some of their stuff. We talked. I talked with a guy there named Ronnie McGraw about what I needed. And they're working on some sets for me. So that's the nice thing. I'm a bit of a free agent when it comes to the equipment. I'm going to find what plays best for me.

The woods, I'm pretty set on these woods. I've tried different woods. I'm still in the Titleist stuff. I've still got the driver and the 3 wood and 7 wood. 716 irons are pretty good. Vokey makes a great wedge. I've been really happy with those.

Well, the thing about the Vokey, you can get what you need there.

Yeah, that's the thing. It's specialized to what I need. So we'll see how these others turn out. But you know, you can never stop learning and never take for granted your equipment, I don't think.

No. You thought you were making an upgrade moving to a different set. And finished up being way worse for you.

Yeah. And I played OK. It was one of those things. I played OK, then I found out that it was spinning too much.

Then you don't want them.

No confidence at all.