Jason Gore has always been a power hitter. See what drives his length. 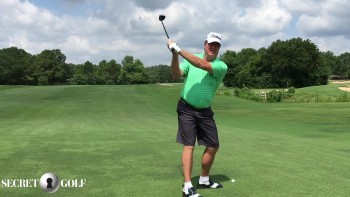 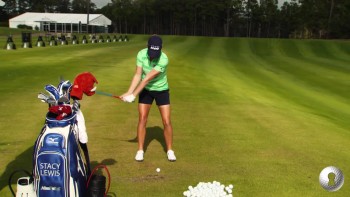 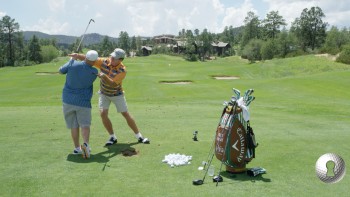 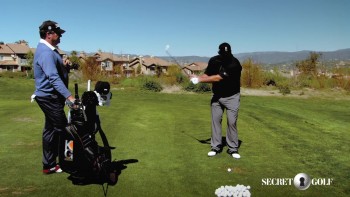 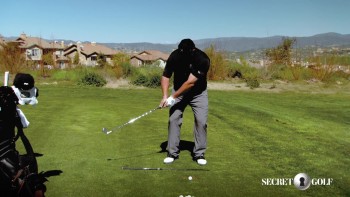 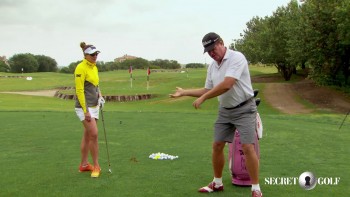 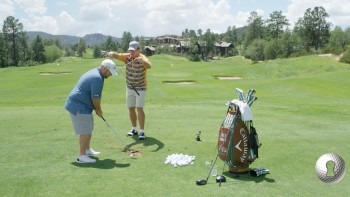 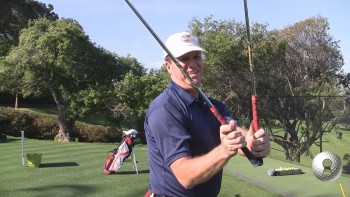 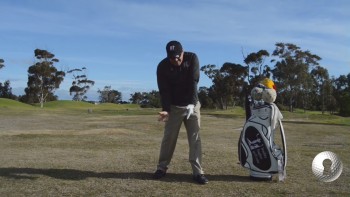 Now, let's talk about the downswing a little bit because-- we've talked about this-- you're a big guy. You pretty much represent a lot of shape out there. A lot of people are bigger, and you get through the ball really well. But you work on that, and that's kind of your motto, right? You like to get around the corner. Once you get to the top and you start to go, what goes first?

I like to use my legs to drive first.

Is it that bent right knee or is it inside the shoe? You might have to hit one to feel it.

Yeah, I used to pitch when I was in baseball. So I always like to use the pitcher's mound or the rubber. So I always got up here and use this as like my balance point. And then would try to feel like I kind of got in that way to push off. So my first move, when I feel like I come down, is that way. I feel like I'm opening up with my hips and kind of going that way first, so it's almost like a little bump left.

So it's definitely from underneath.

It's definitely from underneath because--

Which it should be.

Which it should be. I'm not saying anything that hasn't been said before. A few years back, I used to kind of throw it from the top a little bit. So I've worked pretty hard to try to get that little--

Tip over from the top and then-- because I used to come shift it out, tip it over, and then try to flatten it out on the way back. So I worked pretty hard to try to get this thing come in more flatten it out and shallow.

Now when you say you've worked pretty hard at getting that drop are you just doing it with clockwise motion or?

And what's the ideal? You're swinging pretty good right now.

Trying to feel like it's starting more under here. So the club starts more that way, and the right elbow is leading.

So, of course, this is good. I mean, everything you're talking about there is really music to my ears because you are moving from underneath. You are indeed doing that. You're hitting the balls on the course of where they should be hit, and your elbow is in front. So everything's doing this motion here, right? That's what I'm trying to do. I just think that the golf swing is so athletic. There's so many different sports that you can relate to. And I always think of it-- you see some of the best non golfers are pitchers. How many great pitchers are there that-- I've played golf a bunch of times with James Shields and stuff like that, and he pounds it. We're talking 130 mile an hour clubhead speed. And he's, I'm not going to say small, but he's not a big guy. And you know you see guys, they start from here, and what's the first thing they do? They give that. So, they're here. They're loading. They're firing right from that right glute, and they're going that way, which if you put a golf club in your hand and you go straight here, there it is. There it is.

Same way with swinging a baseball bat. You get it here, and you go straight here. You look like you could play baseball right now.

OK, so let's hit one like that. I want to see that. Because I like what you're doing, and it looks right. Looks sharp. It's laying down nice for you.

So, I'm just trying to feel like it's starting from here, keep that separation between your knees, and use the lower body to start the golf swing. And feel like it's coming from the right elbow moving forward to keep that face from doing some funny things. Beauty.