What type of flatstick does one of golf’s best putters use? Jason Gore reveals the secret. 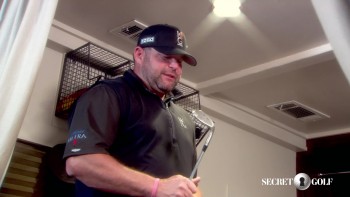 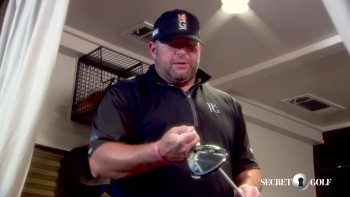 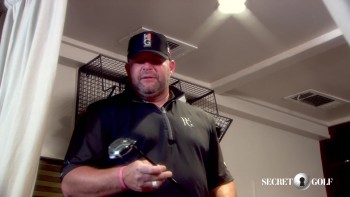 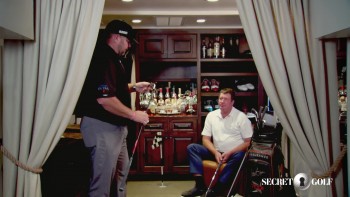 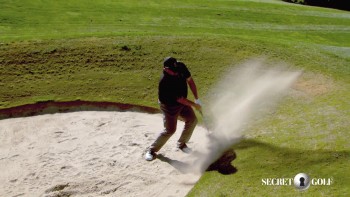 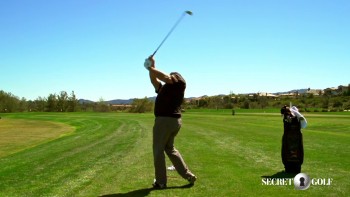 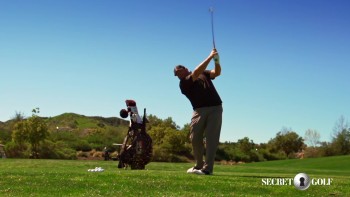 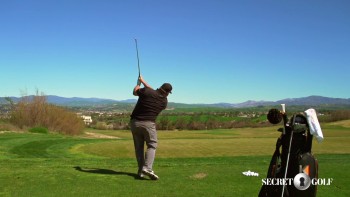 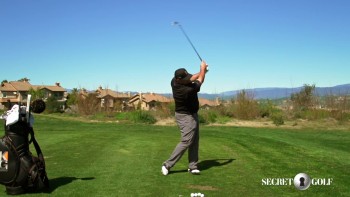 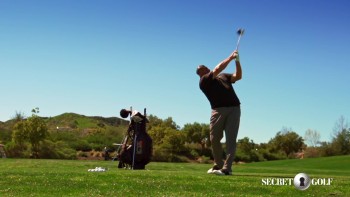 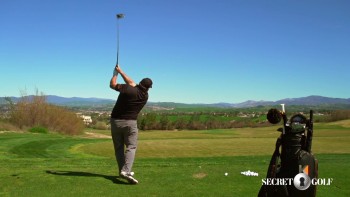 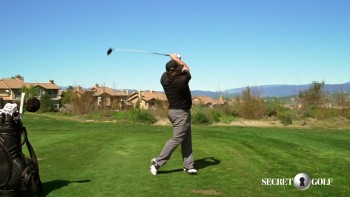 Show them that putter. That's the sickest putter ever.

So Paul Vizanko's a really good friend of mine. He's the man at the Scotty Cameron-- well, Margaret's actually the guy at that at Scotty Cameron studio. But I've been with Ping and Callaway the last two years, so I haven't been able to use a Scotty Cameron putter. And I'm a huge Scotty Cameron fan.

So I said, I want something. I just, I love them. I think they're works of art. So Paul was nice enough to give me a German stainless steel Scotty Cameron vertical stamp with what they call Scotty Blue. They can't call it Tiffany blue anymore. They stamped Acushnet in the back.

Put my initials on it. GSS, German stainless steel. And put the Cherry Bomb in the back.

And painted it blue.

No lines. No nothing. Just clean as can be.

It's pretty. It's really pretty.

He went upstairs, grabbed a couple of heads, and they were all pretty raw machined. And we went out to lunch and came back and this baby was done.

So he really had it quick? That quick?

Yeah. So my thing with Scotty's was I always thought the faces were too tall.

Too tall. So Paul, when we came back, Paul had ground or--

Took a few mills off it?

Took the grinder and ground down a few, took a few slices off the bottom. So shallowed out the face to make it the same height as an old Scottsdale Answer and took some weight off it. So this was a 335 head with probably 10 swipes off the bottom.

No, it's not as heavy as most of the new putters out now. But I grew up with a Ping Anser putter.

So all these new putters--

But I never thought it was light.

Right. We didn't know any different.

No line, no slit.

And when I played great, I had that BBC putter, the Scotty Cameron BBC. It was that copper putter. And it got stolen. And I would--

I would kill to have that putter back. And it had just that old Ping Anser ding sound to it. And I've always related sound to feel. And this putter just has enough--

Yeah, has enough noise to it--

To relate to feel. Yeah, without being obnoxious. So it's just has enough sound to it where if you hit a-- and it makes that sound, which is a great sound.