Patton Kizzire explains the basics of bunker play. This includes having the ball more up in the stance, the feet open, and imagining a steeper angle of attack into the sand. 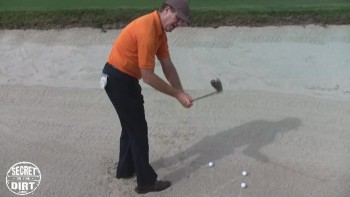 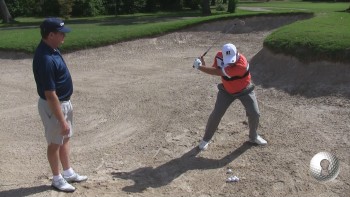 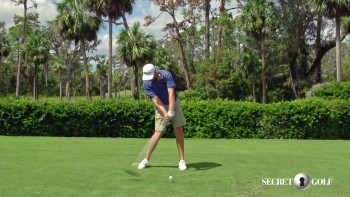 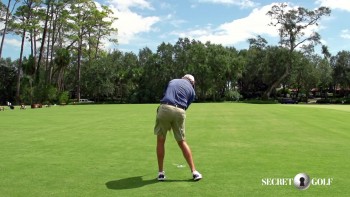 OK Patton. We are down here in the bunker, basic bunker shot. I'm looking-- I believe the setup is pretty important. I like to have the ball pretty far forward in my stance, my feet a little open, and I like to imagine the angle of attack. That's kind of-- I'm looking at where I want the-- I'm looking at the sand. I feel like you want to look at whatever you're hitting, in my opinion.

People always say the ball forward kind of guarantees you're going to get that.

People are deathly afraid of the bunker.

How far back, et cetera?

We want a sort of a foolproof way of getting this thing out right?

For amateurs I feel like they try to help the ball out of the sand. They try to-- everybody knows, or most people know, that you're supposed to get down into the sand. But it's hard as an amateur because you just feel like you need to lift it, help it. That's not the case. You have a wedge and it has balance on your wedge.

And I have 60 degrees. So when that club hits the sand, this is going to do work. It's going to rise. Yes it's going to--

Slide under it and it's going to pop up out of the sand and that ball is going to come out. So for me, I'm looking at a spot behind the ball, a couple inches. It's kind of a comfort thing if you want to play a kind of a sandier shot that rolls out, you can hit further and hit a little harder.

So we know that the further you hit it fat, the less control you have, the closer you get to a player they hit a lot closer where they get the spin.