Patton Kizzire discusses how far he hits his 8 iron, and the intervals between each iron in the bag. 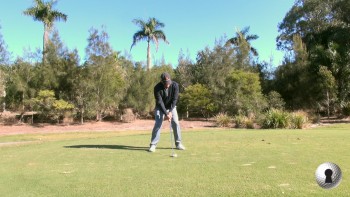 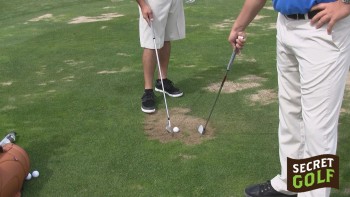 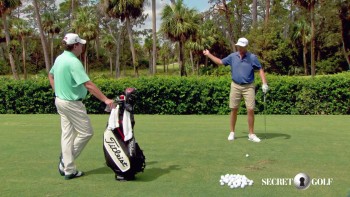 You would be considered a sort of a long hitter. You're a big guy you drive it far. You hit your irons far. You'd in the top third of the tour and leg. Maybe the bottom end of the one third.

Definitely not up in the bombers.

Not in the bombers. Not in short knockers.

Definitely above average in length.

On a driver, on a driver shot or 3 wood shot.

Eight irons a little bit odd. I have an odd gap in there. But eight irons 170.

So you just know the gap.

I know the gap. Instead of trying to fix it, I just--

I can play it. I'm not looking for a whole lot of change, and just looking to get better.

A lot of people want to get more precise than that, you know, a lot of tour players. But you-- I already know from interviewing you, doing this, that you're-- you like to work with what you got. You don't want to too much outside influence. You want to create it. Right?

It's just a tool to you.

Just leave that one.

Rather leave it, tweak it a couple of yards. Yard here, yard there. But I don't want to redo my whole bag.

Exactly. I've juiced up 8. We'll see them all here in this one.