Ryan Palmer plays the 3rd hole at his home course Colonial Country Club and shows how your strategy changes when you hit the fairway or land in the dreaded rough. 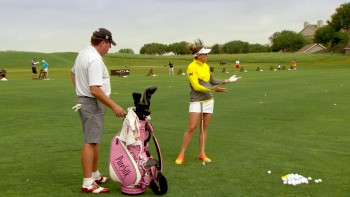 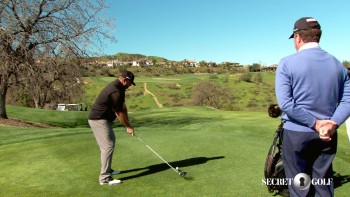 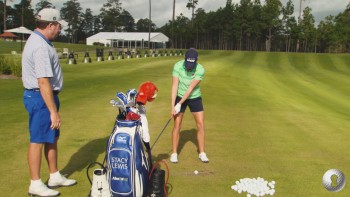 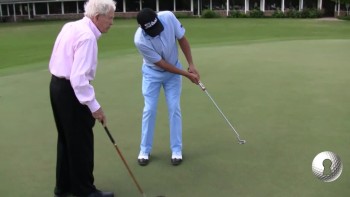 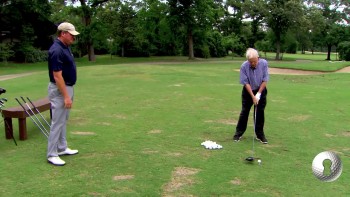 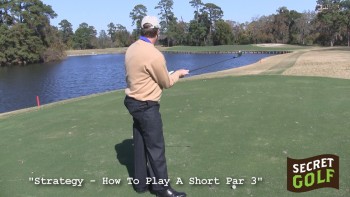 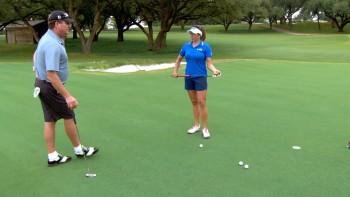 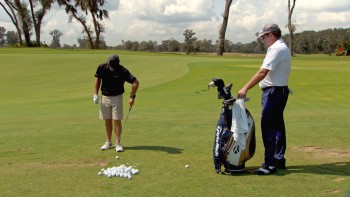 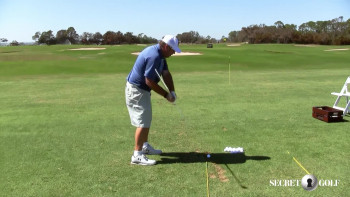 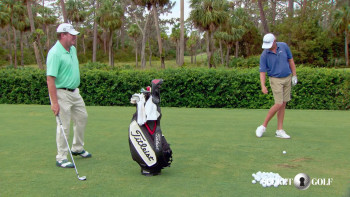 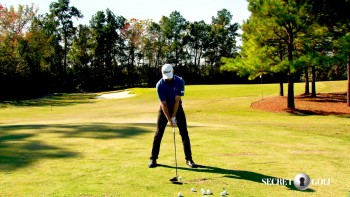 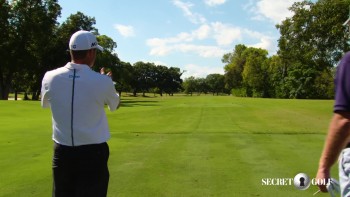 So it turns out you do know what you're doing on this third hole.

You've cut the corner and now you've got the absolute best way in. This was the original drive. You've got 141 out of first cut. And then I put another ball here in the nasty stuff. I want you to tell us how you're going to evaluate this. You've got an eight, and a nine, and a wedge here. Eight's out.

Yes. We got lucky, obviously, cut the corner which is what I'd anticipated. So now I'm able to hit a low iron. So you got 140, 149 or something.

141. So we'll call it. Clear shot to the green. One of the hardest par fours and on tour. So now I'm looking at my wedges, usually about 140 or 145 yard shots. So what we're going do, we got a little helping wind, green is a little soft. I'm going to take a pitching wedge. And I'm expecting it to kind of come out hot out of the first cut of rough. And hopefully, kind of, land and get a little release, so it depends on top.

--a pretty simple putt at it.

So you were able to get the grooves on that really nice. That's going to spin. That's a good shot.

A little short, but we had a pretty simple--

So now I put this ball over here on purpose. We know for sure one thing, that you're not going to get hardly any control.

It's going to knuckle.

So we go to really figure out what kind of shot I'm going to hit to land this and take-- because it's going to land and be just touching right across the green.

Let it run up.

And let it run up because there's not going to be any spin on it at all.

What do you try? Do you try to get close to this ball?

It should be come out low. I'm probably going to take more of a divot, maybe. Put it in the back of my stance a little bit, try to trap it a little more to hopefully get a little spin because I know I'm not going to get much at all.

I probably didn't put much behind it.

It's just one of those shots where it's a guesswork at times.

There's your defensive of Colonial.

That's why it's so crucial to hit fairways here.