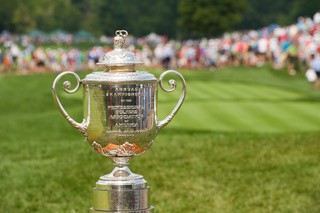 The last major championship of 2018 is upon us and this year's PGA Championship has a ton riding on it. With Knoxy on assignment in the UK, this editon of the Secret Golf podcast is hosted by Secret Golf pinch hitter Jay Kaplan. He welcomes Golf News Net's Ryan Ballengee as the two discuss the impact of the WGC Bridgestone and PGA Championships regarding this fall's Ryder Cup and PGA TOUR awards. They also delve into the shifting of the 2019 PGA TOUR schedule, the Tiger/Phil $10 million grudge match in Vegas, and the impact of the new gambling laws on the PGA TOUR.