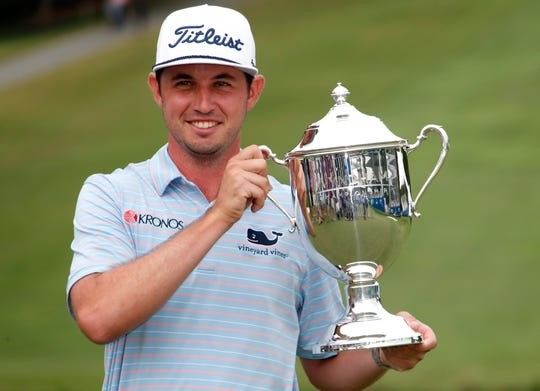 Fresh off his debut victory on the PGA TOUR at the Wyndham Championship, J.T. Poston and his caddy, Aaron Flener, sit down with Diane to talk about the win. Hear the guys discuss breaking records, their friendship, the journey to this victory...and the fact they're playing alongside Tiger Woods this week in the first playoff event. Also hear about a scathing letter J.T. received a few weeks before the win...who's laughing now!