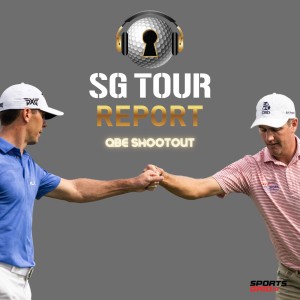 Our final Report of 2020! It's a special edition this week for the QBE Shootout - or the "Shark Shootout" as it's affectionately known. Steve Elkington & Diane Knox will talk you through the format of the three day team event and go through the pairings. Instead of "Sizzlers", the guys will give you their Top 3 duo picks. Also, as we start to look back on the year, hear from some of our Secret Golf contributors including Jason Kokrak on his debut win, Russell Knox on his new putting tactic and Andrew Landry on the quest for distance off the tee. The TV show airs on Wednesday at 2PM on SportsGrid: www.sportsgrid.com/watch